What is Data Encryption?

In the computing world, encryption is the conversion of data from a readable format into an encoded format that can only be read or processed after it’s been decrypted.

Encryption is the basic building block of data security and is the simplest and most important way to ensure a computer system’s information can’t be stolen and read by someone who wants to use it for nefarious means.

Utilized by both individual users and large corporations, encryption is widely used on the internet to ensure the sanctity of user information that’s sent between a browser and a server.

That information could include everything from payment data to personal information. Firms of all sizes typically use encryption to protect sensitive data on their servers and databases.

The Need for Encryption

Beyond the obvious benefit of protecting private information from being stolen or compromised, encryption also provides a means of proving that information is authentic and comes from the point of origin it claims to come from. It can be used to verify the origin of a message and confirm that it hasn’t been altered during transmission.

The Key to the Door

The basics of encryption revolve around the concept of encryption algorithms and “keys.” When information is sent, it’s encrypted using an algorithm and can only be decoded by using the appropriate key. A key could be stored on the receiving system, or it could be transmitted along with the encrypted data.

A number of methods are used to code and decode information, and those methods evolve as computer software and methods for intercepting and stealing information continue to change. These methods include: 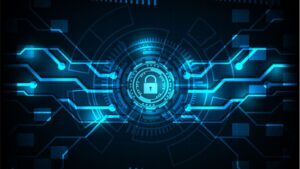